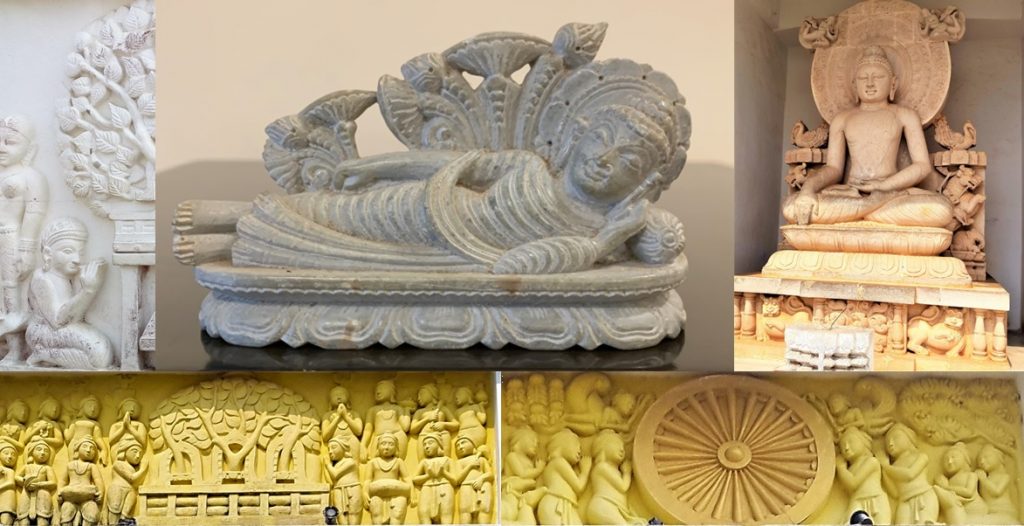 Emperor Ashoka is widely credited with the journey of Buddhism from a regional, Sangha and monk based religion to a widespread way of life, spanning countries and populations. And this journey rests within the personal transformation of Ashoka’s life; from a cruel and ruthless Chandashoka to Dharmashoka, who embraced non-violence and the principles of Buddhism and ruled with the welfare of his subjects uppermost in mind.

Odisha (Kalinga) is the keystone in this transformation, as it was after the brutal Kalinga war that Ashoka was racked with remorse, and eschewed violence. It follows thus that Buddhism has had a deep connection and influence on the culture and heritage of Odisha, seen in the presence of Rock Edicts of Ashoka, stupas, monasteries and other Buddhist monuments. Lalitgiri, Ratnagiri, Udaygiri and Khandagiri are the better known among them. Today we see the Shanti Stupa at  Dhauligiri, on the banks of river Daya, where the infamous Kalinga war was fought.

It was inevitable that the famous sculpting tradition of Odisha, which brings to life so many temples and sculptures, would also be deeply influenced. The result is a plethora of beautiful and unique stone sculptures of Buddha in various mudras (poses), finely crafted to perfection.

Buddha is considered to be one of the ten incarnations (Dashavatar) of Lord Vishnu in Hindu mythology.  Buddha statues are symbols of peace and harmony.

Visit Arteastic store and discover some of these genuine handcrafted sculptures from some of the finest craftsmen of Odisha. Bring home a piece of history.