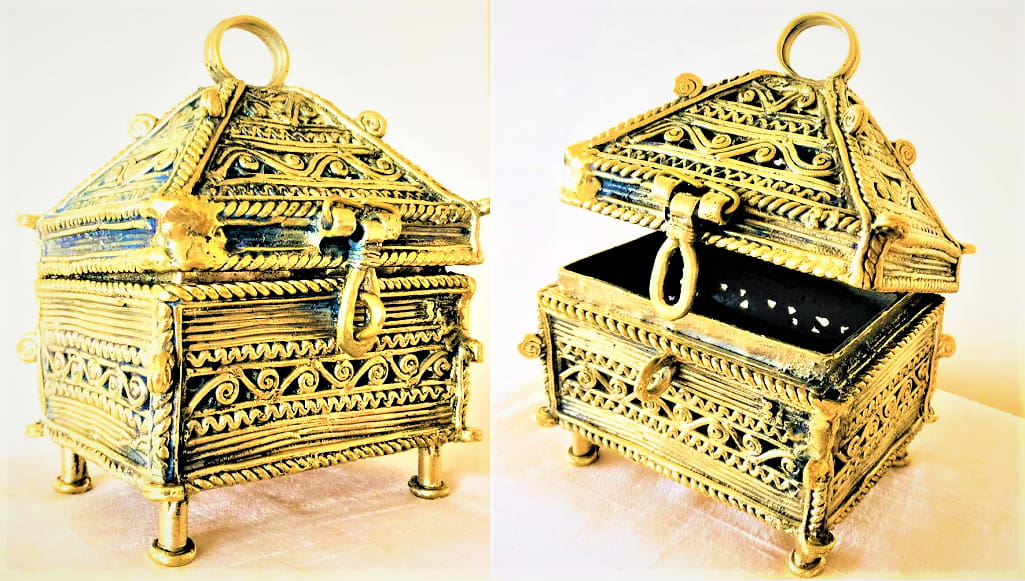 My Dida (maternal grandmother) had an antique box inside which she used to keep all her personal belongings. It was a four-cornered storage box  kept on the shelf inside her wooden almirah. Dida was married off at the age of 13. She always had great stories to tell. Much later I came to know that the box was handmade, using a tribal craft called Dokra (or Dhokra). I learnt that the box itself was a treasure, of our heritage.

My sister and I, both in primary school, were very intrigued about the box. It was a big metal box with intricate curving on top. Whenever we visited her, we would insist on having a look at the antique box; as if it held some mystery inside it! Dida would sit on the bed with her legs stretched, and open the box. From inside, she would bring out her toys… toys made up of silver… miniature saucers and plates, toy chairs and many other miscellaneous things made up of silver. With each item, she would get transported into a different time and would narrate a story from her childhood or youth. She even had a couple of broken combs, not the miniature version but the real ones. She gave them away to us, the sisters, for making anklets out of them. The box remained her companion for ever.