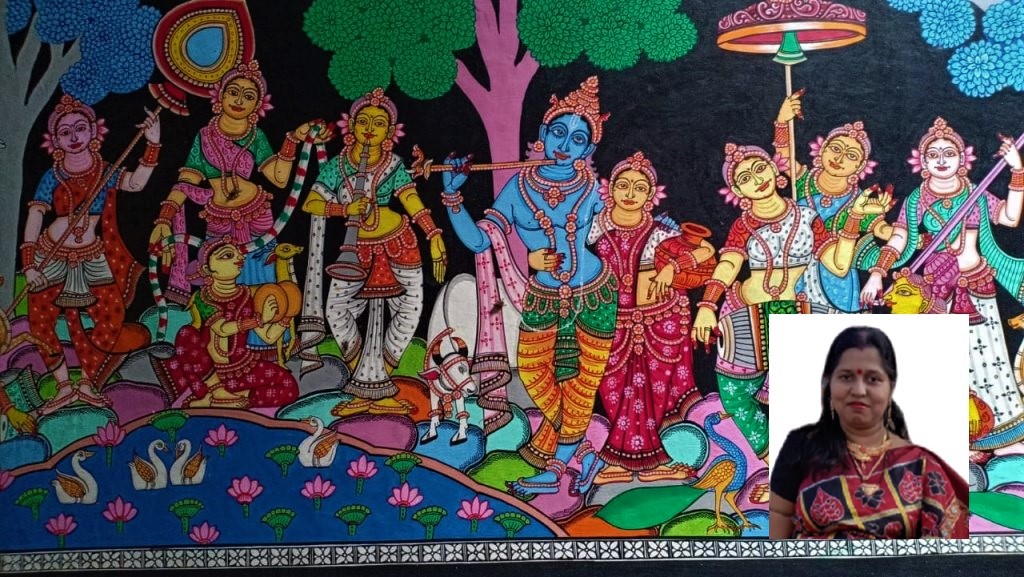 Birakrushna-harepur is a small village in the Puri sadar district of Odisha. Shilpa grew up in this village. Now she is a role model and source of inspiration for many youngsters in the village. She is a well-known  ‘Chitrakar’ or Pattachitra Artist.

Pattachitra, a traditional painting style unique to Odisha, traces its roots to the 12th century AD and the establishment of the Jagannath Temple at Puri, from where it evolved.

Normally Pattachitra artists learn their skill from their family members. However, as an exception, Shilpa went to Bhubaneswar to learn the craft. She joined an institution called ‘Society you need’ over there. There is no looking back after that. It has been ten years since then.

Shilpa’s creations have some uniqueness and freshness in them. She uses her imagination and paints about various festivals, village life, mythological stories with a drag of her brush. The silk sarees become even more beautiful with the figures of the odissi danseuses painted by her.  She is also expert in Saurachitra, a form of tribal painting. In a way, she is also a keeper of traditions and history.

Shilpa participates in various local handicraft fairs and exhibitions regularly. Recently she has started a small workshop in her village, training the other young boys and girls. First the outlines of the figures are drawn on the canvas or tussar/silk sarees with the help of pencil. Then the figures are filled with colour. Organic natural colours are used for the Patta. However, fabric colours are used on Sarees. Sometimes there are  extremely intricate work on the sarees. Depending on the intricacy of the pattern, a saree may take 10 days to a month to finish.

Shilpa has been associated with Arteastic for the last four years. A cheerful, polite young lady, she is very shy of getting herself photographed. With a lot of persuasion, we could get a  picture of hers!