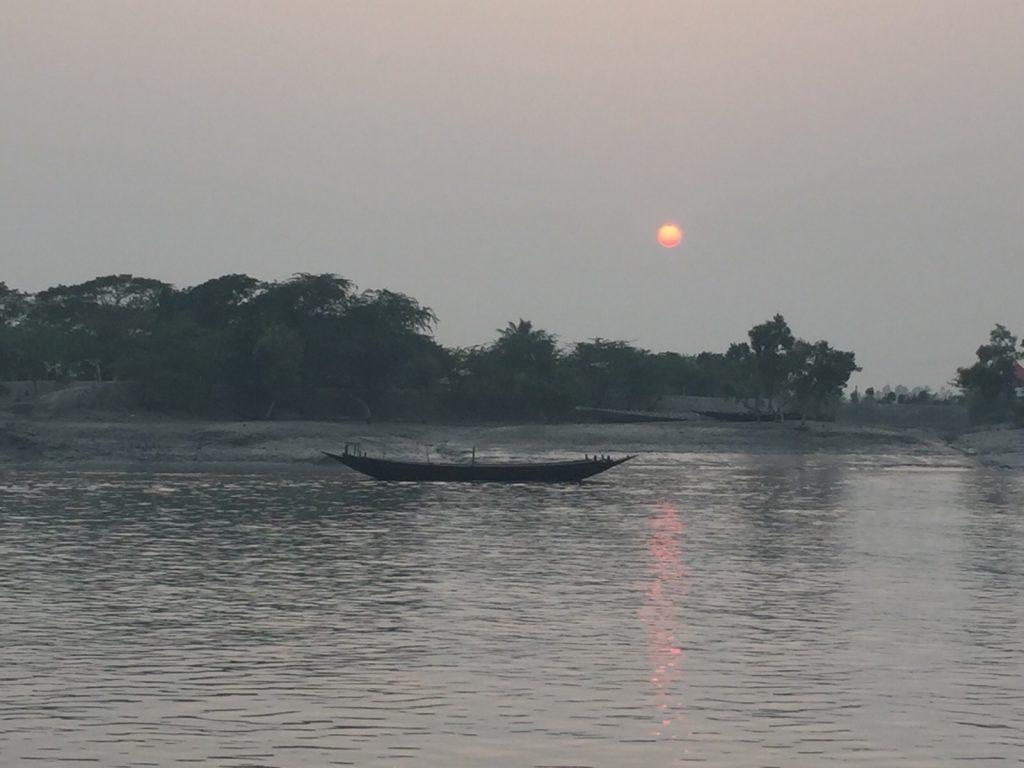 Sunset in the Sunderbans

Bengal has always had a reputation as the heart of art and literature in our country. It has been a place of great interest to curators, architects and artists alike. While Kolkata often seems to steal the show, rural Bengal has much to offer in the form of handlooms, handicrafts and artistry. The cottage industries, one of the primary sources of income in these areas, produce terracotta jewellery, dhokra, pottery, brass metal craft, jute items, sholapith, mat crafts, krishnanagar idols, clay crafts,  and countless other items. While mainly used in domestic décor, these items are slowly gaining international appreciation and renown. Craft, limited thus far to the state of Bengal, is making a name for itself nationally and internationally as not only a symbol of Bengal’s culture and heritage, but also as art in its own right.

A draining ground for multiple rivers – Ganga, Damodar, Hoogly, Torsa and Teesta have greatly impacted the occupations, agricultural practices and even the cuisine of Bengal. It has led to the formation of fertile plains, dense jungles, beaches, a plethora of flora and fauna and most famously, the Sunderbans. The Sunderbans have grown at the mouth of the Ganga, which is one of the largest and most fertile deltas on the planet, forming the largest mangrove forest in the world. It is home to the Royal Bengal tiger, a rare species which is currently under threat of extinction, but is well protected within the expanse of the forest.

The rivers have laid the foundation of clay art and pottery. Dolls clad in provincial attire are a specialty of the Krishnanagar district. Kolkata makes some of the most striking Durga idols in the country, all made of clay. Sholapith, known for its usage in traditional Bengali weddings, is extracted from a plant stem named Aeschyomene Aspere that grows in the wild wetlands of Bengal. Terracotta is a better known form of clay art, having been used for centuries across a multitude of civilizations. The sculptures, or sometimes ornate tablets, are shaped and then baked in the sun. These figures often depict religious scenes and are used to adorn temple walls, sanctums and pillars across Bengal.

All in all, Bengal has much to offer, and this little introduction has only scratched the surface on the artistic wonders of the region!